There are many places to visit if you are interested in exploring the history and culture of Ireland. Visitor attractions such as the Rock of Cashel, Kilkenny Castle and music and dance options such as Bru Boru might be just what you are looking for. 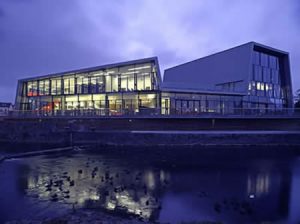 The Source Arts Centre comprises a 250 seat theatre, visual art gallery, community studio space and café/bar. Set in the heart of Thurles town and on the banks of the River Suir, the state of the art building has a year round programme of cultural events including theatre, live music, comedy, dance, art-house cinema, children’s theatre, youth arts and ballet. The Source shares a building with Thurles Library. 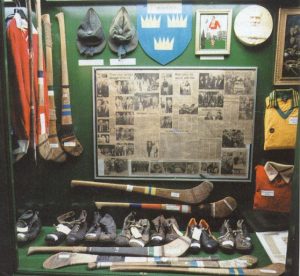 Lár na Páirce is an exciting visitor center designed and equipped to tell the story of Gaelic Games from earliest times to the present day. It is located just off Liberty Square in Thurles in a most imposing, elegant 19th century building. This fine cut-stone edifice was built for the National Bank about the time of the G.A.A.’s foundation. Thurles Development Association, Shannon Development and Tipperary G.A.A acquired the building with the intention of developing a visitor attraction for the town. President Mary Robinson officially opened this interpretative center of Gaelic Games in 1994. The various exhibits invite the visitor to experience the excitement and color of Hurling, Gaelic Football, Camogie and Handball.

Brú Ború is a national cultural center at the foot of the Rock of Cashel. This cultural village is designed around a village green and is a home to the study and celebration of native Irish music, song, dance, theatre and Celtic studies. It has a folk theatre, genealogy center, restaurant and other amenities. Brú Ború traditional Irish music and dance group have performed worldwide. 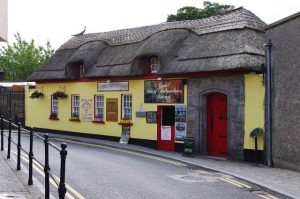 Cashel folk village is a delightful series of informal reconstructions of various traditional thatched village shops, a forge, and other businesses, together with a penal Chapel. The village is situated in a confined area within the town of Cashel, near to the famous Rock Of Cashel.  An extensive display of signs and other commercial memorabilia add to the appeal of this pleasant display of local history.  There is also an old IRA museum and audio-visual presentation (1916 -1923). 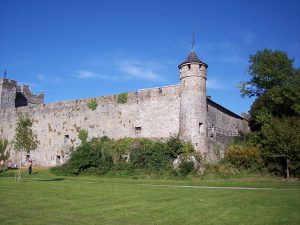 Cahir Castle is one of the largest and best-preserved castles in Ireland and was built originally in the 13th century on a site of an earlier native fortification called a cathair (stone fort), which gave its name to the place. It was owned and occupied by the powerful Butler family in late 14th century and was enlarged and remodeled between the 15th & 17th century. It fell in ruin in the late 18th century but was partially restored in the 1840’s. Duchas custodians of Irelands heritage currently manage it as a historic site. 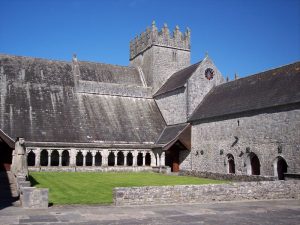 Outside Thurles and close to Lisheen Castle is Holy Cross Abbey, which was founded in 1169 by the King of Thomond, of the Cistercian monks. A relic of the true cross was enshrined in the abbey, making Holycross an important place of pilgrimage in ancient Ireland. Suppressed along with the Catholic religion in 1536, the abbey was given in 1563 to the Earl of Ormonde. Through the protection of the Butler Family of Cahir Castle the monks remained at Holycross until the 17th century. 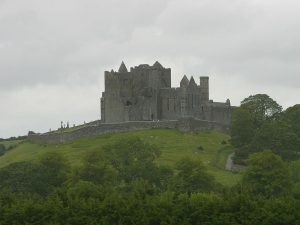 Cashel has a very ancient history, albeit only documented since the 4th Century. The Rock of Cashel, with its well-preserved ecclesiastical remains, is one of Ireland’s most spectacular landmarks, rising above the surrounding plain and dominating the land route southward. The large Cathedral, ancient round tower and the very early Romanesque Cormac’s Chapel, perched on a dramatic outcrop of rock, were silent witnesses to many of the stirring events of Irish History; St. Patrick converted the local King Aenghus, here in the 5th century; Brian Boru was crowned King of Ireland on this spot in the early 11th Century. The Vicar’s Choral has been restored and the site, one of the most visited in Ireland, now provides an interpretative center, (multi lingual) an interesting museum, guided tours and superb views over the extensive and beautiful plains of Tipperary. 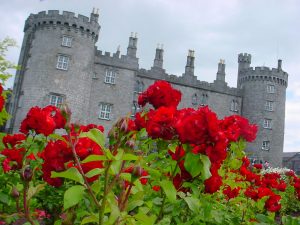 One of the most instantly recognized buildings in Ireland, Kilkenny Castle has been an important site since Strongbow constructed the first castle, probably a wooden structure, in the 12th century.  The castle stands dramatically on a strategic height that commands a crossing on the River Nore and dominates the medieval town of Kilkenny City. Over the eight centuries of its existence, many additions and alterations have been made to the fabric of the building, making Kilkenny Castle today a complex structure of various architectural styles. Kilkenny Castle was the principal Irish residence of the powerful Butler family for almost 600 years. 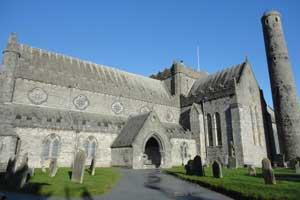 St Canice’s Cathedral and Round Tower are an essential part of a visit to the medieval city of Kilkenny. This ecclesiastical site was founded in the 6th century and named after St Canice. Worship has taken place at this site for over 800 years. The Round Tower is the oldest standing structure in Kilkenny City. Tourists can enjoy climbing the Round Tower capturing great views of the city (weather permitting). 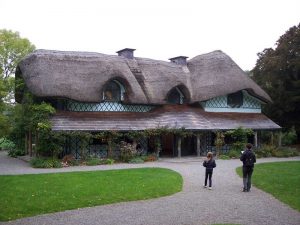 A delightful cottage orné built in the early 1800s by Richard Butler, 1st Earl of Glengall to a design by the famous Regency architect John Nash. Its interior contains a graceful spiral staircase and some elegantly decorated rooms. View more information about the Swiss Cottage in this link