Driven By A Dream

How one Irish family traversed 200 years to rebuild Lisheen Castle

“By degrees the castles are built.”   – Irish proverb

For generations the hulking ruin of Lisheen Castle loomed a kilometer from the Everard family’s 300-acre dairy land in County Tipperary, Ireland. Everard children have played in the shadows of the ruin, perhaps unaware of their exceptional surroundings. But in the 1960s, a young Michael Everard watched more closely as severe Irish seasons slowly consumed the parapets, stone and mortar back into the peaty earth. While working on the family’s farm, young Everard envisioned saving the castle and restoring it to its former glory. Forty years later, alongside his wife, Joan and son Zane, that dream would come to astonishing fruition.

Like many grand Irish residences in the 18th century, Lisheen Castle began life as an upper-class Georgian house owned by Frederick Lloyd. Today, if you want to flaunt your wealth, you build a bigger house. But in the 1800s, the fashion was to “castellate” your home by actually building a castle around the existing structure. The ultimate addition. Lisheen was a more modest version of many castellated residences. The castle is a battlemented Tudor-style structure, with side turrets, and a central machicolated turret enclosing the main doorway.

The castle stood that way for nearly 100 more years, changing ownerships, until, in 1921; it was burned to the ground. In a short paragraph of the July 2, 1921 issue of the “Tipperary Star” it stated that the castle, the property of John F. O’Meara, Ardfort, was burned down on Wednesday night, 29 June. It was one of the last of the burnings of unoccupied big houses in Tipperary that took place in the final phase of their War of Independence. 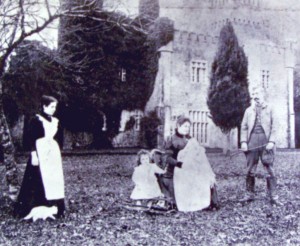 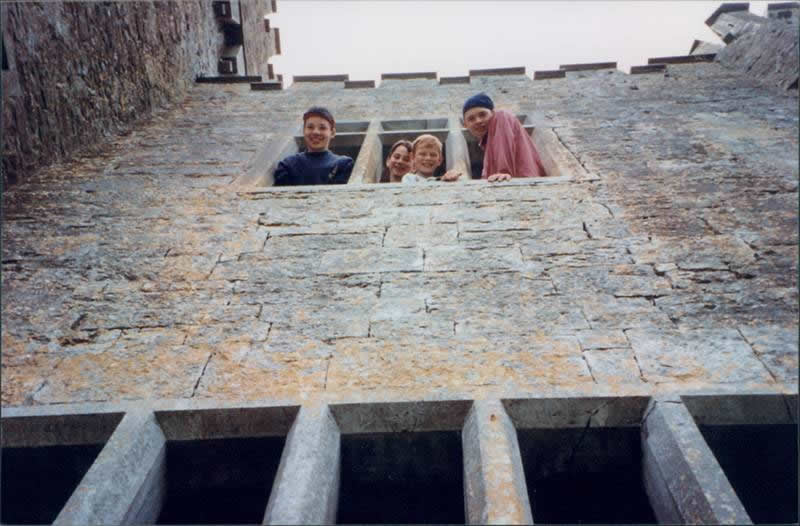 During most of the castle’s history, the Everard family continued to maintain their adjoining grain and dairy farm. And while young dreamer Michael grew up and continued the tradition of running the family farm, something remarkable happened. The land, which the ruined castle occupies, came on the market. Michael’s son, Zane, relates the circumstances. “When the land came up for sale, my father did what all farmers do. He bought it to expand the farm. In 1994, very little monetary value was put on castle ruins. Today, any small ruin is worth substantially more. But nobody ever dreamed that it could ever be restored. Except my father.”

Like generations of Everard’s before him, Zane, his brother, and his cousins played hide and seek among the moldering ruins of the once-grand residence. And like his father, Zane was not immune to the siren song of the castle. “It was a major influence in me choosing to study architecture,” says Zane. “Surroundings can have such a profound effect on your life. If only for the castle I would have never considered specializing in conservation, and getting a Master’s in building conservation, learning all about historic buildings and how they work, and trying to find the most effective way of restoring them.”

How do you even begin to rebuild a castle? “There was absolutely nothing left internally, just the stone walls. No floors, no roof…From the fire everything that could have burnt, burnt; and what was left was just a shell,” says Zane. “Everything had fallen down to the ground floor, which was also burnt. The stonework on the exterior of the front of the building was quite good, but around the back all of the walls had started crumbling from the top down, the battlements had all fallen in and were in a precarious state. In the rooms there were even mature trees that had been growing for 50 years. We had to get a tractor and a chain and pull trees out of windows.” 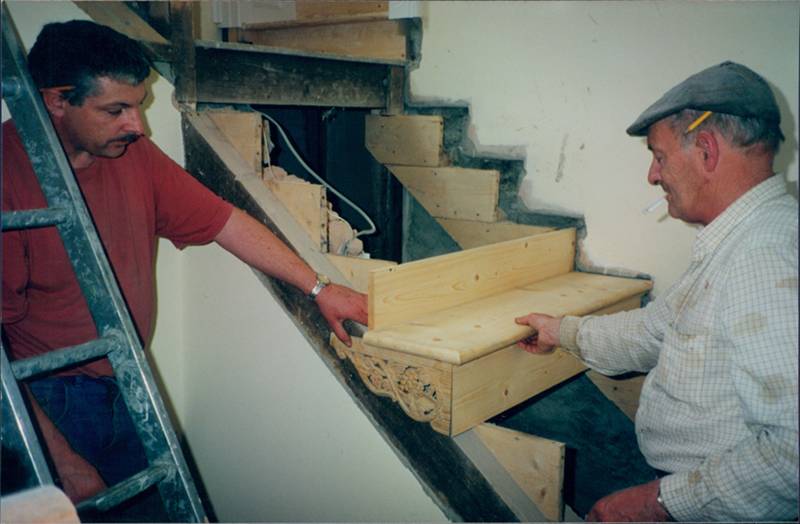 Knowing he would need professional help and expertise, Zane’s father, Michael, entered into talks with Mick Cleary, a local builder/craftsman. Between them and Michael’s wife, Joan, they decided to seriously undertake the project. The daunting process soon consumed the family. “They had no experience with this type of project,” says Zane. “My dad will tell you he had many sleepless nights over the castle and where the money was going to come from.”

The Dream Versus Reality 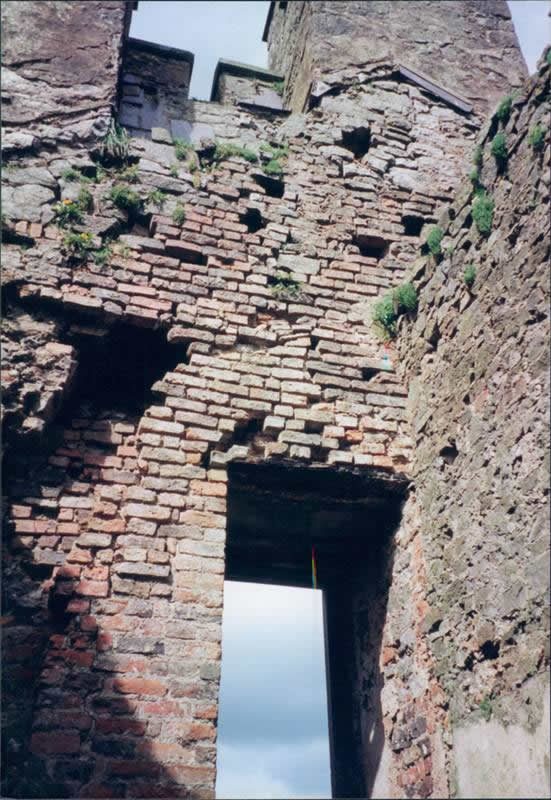 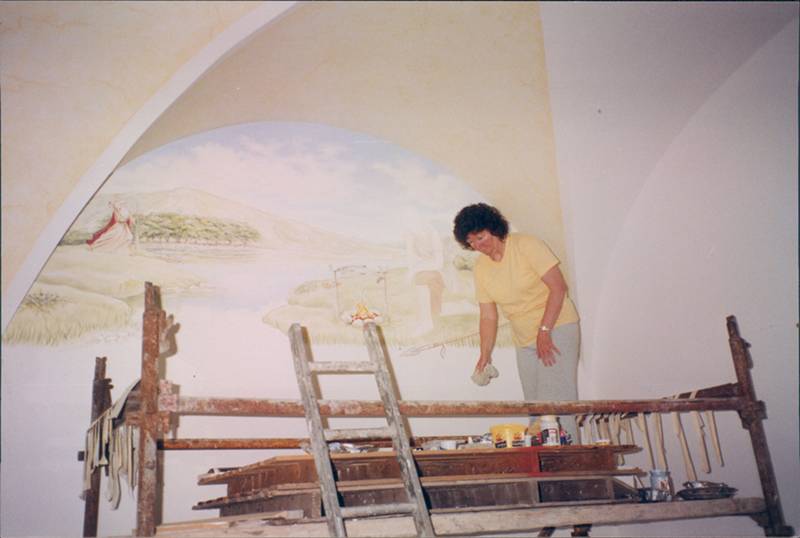 Five years into the restoration, the castle was finally becoming whole again. It was time to consider aesthetic choices. But with no evidence of the former interior of Lisheen Castle, research and personal taste would come to the fore. “We had some exterior photos, which were sent to us by descendants of the original landlord,” says Zane. “But to recreate the interiors we relied upon reference books of buildings that had not burned down. We also knew the original house was in the Georgian style, so that period was incorporated into the interior design.”

Fortuitously, Joan Everard had a background in interior design. “She has a very good eye. It’s really her style as well as that classic look from the Georgians that brought the house to life,” remarks Zane. “I like that it was done in a classical way, so it never becomes dated. It is very inviting. A lot of people say that.” Local craftspeople were brought in to work on the details. With a deft touch, two local ladies produced stunning murals and paintings that adorn the walls and ceilings of the castle.

After more than 90 years, Lisheen Castle is a home again. Today the castle hosts visitors from around the globe as a luxury vacation getaway. Through the great Oak Door, you can’t help but be impressed by the opulent dining room, reception rooms and library. Two kitchens are fully outfitted to meet the highest catering standards. Up the carved Ash stairway are nine luxury bedrooms with up-to-date facilities, including Wi-Fi and pc/printer services. And while the castle is centrally heated throughout, you can still experience the ambiance of the “open turf fires” in all of the reception rooms. 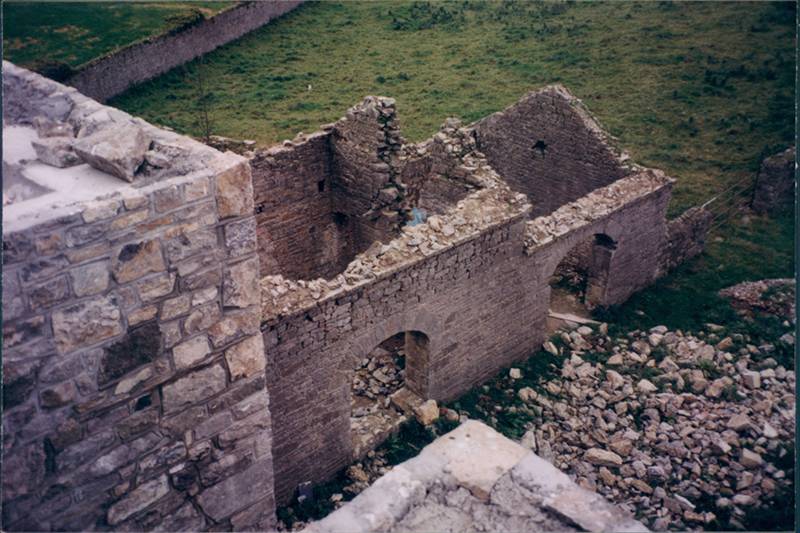 Even Zane has “come home” to run the castle after working on restoration projects in Dublin for 10 years. He takes a moment to reflect on his own history with the castle restoration. “I was away at college, but during the summers I worked on the reconstruction and witnessed just how much work was involved. But this was more than just rebuilding a castle. It was driven by a dream to see it restored. All his life my father talked about how wonderful it would be to restore this building. It is his legacy.”