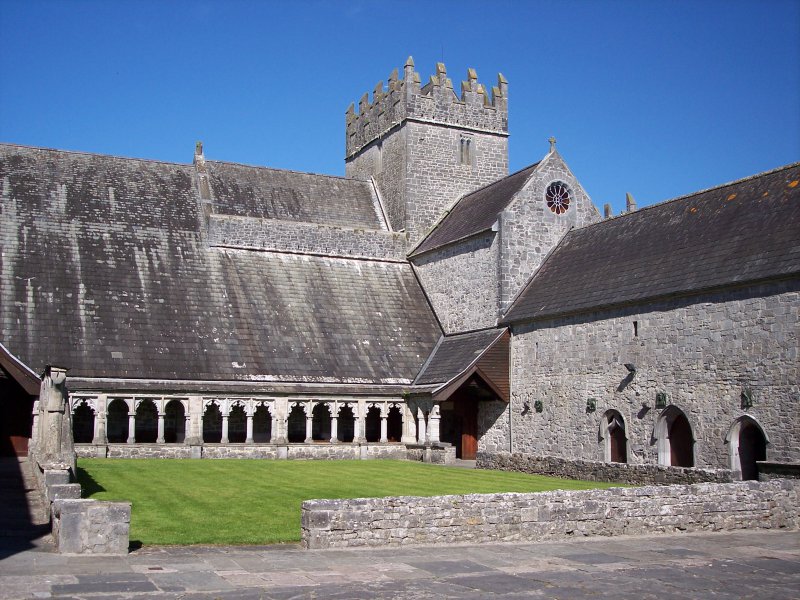 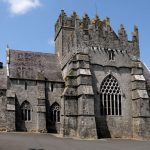 Some visitors travelling long distances to holiday in Ireland, across a number of time zones, often find their body clock (circadian rhythm) will be slightly out of harmonization on arrival. Fear not, you are simply suffering from that universal of symptoms known as ‘jet lag’.

Here in the magnificent comfort of Lisheen Castle, situated in the heart of rural picturesque Co. Tipperary, ‘jet lag’ is never a problem, and visitors can quickly catch up on those necessary few hours of recuperating slumber. Later, come mid morning, they can venture out to visit some of the many ‘close to hand’ significant attractions, latter to be found within 10 to 20 minutes easy driving distance from their Lisheen castle base; thus guaranteeing that no valuable vacation time is ever wasted.

The world famous Abbey of Holycross (Irish: Mainistir na Croise Naofa) today stands as a painstakingly and fully restored Cistercian monastery, situated on the western bank of the River Suir in Holycross village, close to Thurles, in County Tipperary, Ireland.

Both the monastery itself and the surrounding picturesque village of Holycross take their name from a relic of the ‘True Cross’ or ‘Holy rood’.  The fragment of this Holy rood (Holy rood: An Anglicisation of the lowland Scottish ‘haly ruid or Holy cross)  was brought to Ireland initially by the Plantagenet Queen, Isabella of Angoulême, latter the widow of the British King John (1199-1216), some 13 years before her death, in 1246.

The installation of this Sacred Relic of the True Cross at Holycross Abbey, over the following decades, ensured a place of continued growing medieval pilgrimage and by the Reformation (1517–1521), became a meeting place for victims of religious persecution and for Irish sovereignty.  Indeed the Annals of the Four Masters (Annála na gCeithre Máistrí), latter chronicles of medieval Irish history, verify that in 1601 Prince Hugh Roe O’Donnell visited and venerated this relic of the True Cross, while on his way to fight in the Battle of Kinsale, Co. Cork.

Following the conquest of Ireland by forces of the English Parliament led by Oliver Cromwell (1649–53), Holy Cross Abbey fell into ruins. In the years that followed, local people began to use the area inside the now roofless Abbey ruins, as a place of burial from around 1740.  In 1880 the ruin became a listed national monument; same to be preserved and not for use as a place of public worship.

Following special legislation passed in the Dáil (Latter Ireland’s assembly or parliament) on its 50th anniversary ( January 21st 1969),  it was unanimously agreed that Holy Cross Abbey should be once again fully restored as a place of Roman Catholic worship. The then Sacristan of St. Peter’s Basilica in Rome provided an authenticated relic of the Holy Cross and the emblem of the Jerusalem Cross, or Crusader Cross, has now been restored to this wonderful Abbey church.

Today, Holy Cross Abbey is once again a place of public worship and regardless of one’s own religious belief or indeed spiritual convictions, it is a place which warrants being viewed by all who visit Co. Tipperary, even if only to admire its immensely rich and historic architecture.